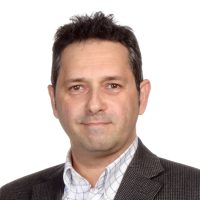 Dr. Sener has received his Doctor of Dental Surgery degree in 1988 from Hacettepe University, Ankara-Turkey. That same year he started his residency program in Oral and Maxillofacial Surgery at the Hacettepe University. He attended an exchange training program in the Oral and Maxillofacial Surgery Department of Allgemeines Krankenhaus Linz, Austria between 1993 and 1994. Following completing his Ph.D. and specialty in Oral and Maxillofacial Surgery in 1995, Dr. Sener continued his academic work and became an associate professor in 1999. Between 2000 and 2001, he worked as a specialist in American Hospital, Istanbul, Turkey, then continued his career in Marmara University, Istanbul, Turkey and has become a full professor in 2006. He worked as a visiting professor at Semmelweis University, Budapest, Hungary. Dr. Sener acted as the vice dean of the Faculty of Dentistry, Marmara University between 2008-2010 and retired. Dr. Sener has started working as a Visiting Professor in Oral Surgery, University of Toronto since 2013 and completed his Dental Specialty Assessment and Training Program for Oral Surgery in 2015. He has been practicing in Ontario since 2016 with general practitioner license and a member of Royal College of Dental Surgeons of Ontario among other international professional associations. Dr. Sener is a Clinical Instructor in the Department of Oral and Maxillofacial Surgery at the Faculty of Dentistry, University of Toronto. His major interests are implants, bone grafting, tissue regeneration, sinus lifting, temporomandibular joint disorders, pain management, impacted wisdom teeth and LASERs. Dr. Sener is a senior lecturer in Oral and Maxillofacial Surgery and has an honor medal from Hungarian Oral and Maxillofacial Surgery Association. He is one of the founders and executive committee members of Turkish Association for Lasers in Dentistry. He is the author of 3 book chapters in international books, 55 scientific articles, 73 lectures, and 189 presentations, have more than 450 citations in medical journals. Dr. Sener conducted 5 Ph.D. research studies, organized several scientific meetings, gave courses on implantology, bone grafting, distraction osteogenesis, temporomandibular joint disorders, Lasers, and basics of oral surgery. He can speak German and Turkish. He is an amateur painting artist and takes nature photographs. Classical stage arts and reading are his favorites besides long nature walks.

Dr. Bedrettin Cem Sener's office is in Toronto, ON.

Most Helpful Reviews (4) Based on 4 reviews