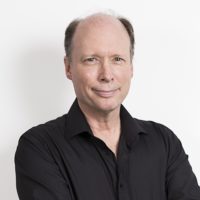 Dr. Richard Palmer is a native of Alberta who has been practicing dentistry in Calgary for the past 20 years. He received both B.Sc. and D.D.S. degrees from the University of Alberta and also received a degree in medicine from the University of Calgary. While putting himself through school, Dr. Palmer worked as a garbage man and as a ‘jug hound’ for a seismic company that worked in the high arctic. He has a passion for cooking and finding new recipes that he shares with his lovely and devoted wife and the greatest of his accomplishments – his five wonderful children. He also received the typing award in grade 10 and was a founding member of the Losers Club in grade 11, which at one time boasted twelve members. Now his main aspirations are to lose those last 10 pounds, build an airplane, write the next great Canadian novel and spend his final days in retirement driving long haul for a trucking company.